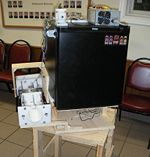 The goal of the can launching fridge was to create a fridge that would, when initiated by either a remote control or a wired push button, automatically load, aim, and fire a can to multiple predetermined locations. 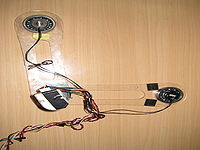