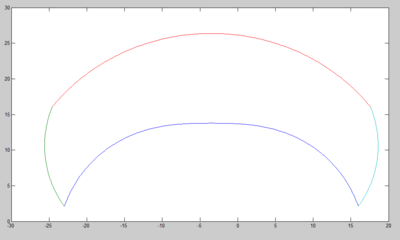 These are some of the results obtained from preliminary testing performed on June 11, 2010.

These first two graphs show the encoder data in both X vs. Y and theta vs. time for a trace pattern. The third graph shows the results when the arm was physically pushed on during part of the motion. Note that if too much force is applied to the arm it will cause slippage which will not show up in the encoder data. 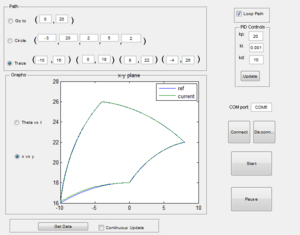 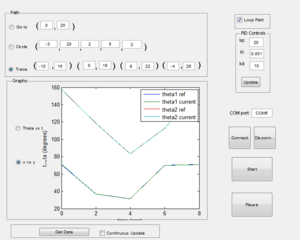 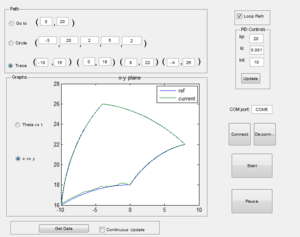