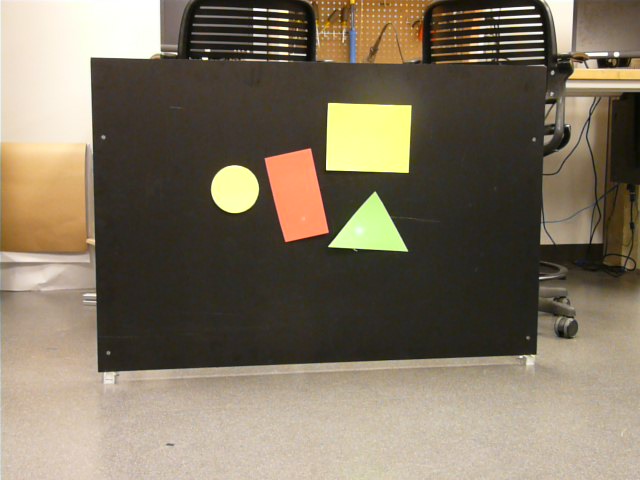 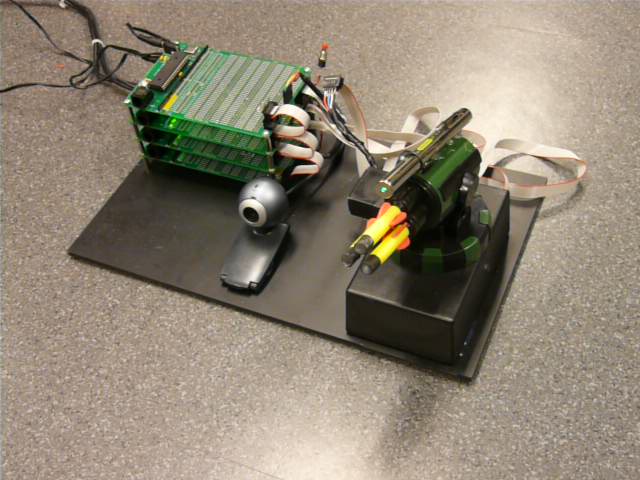 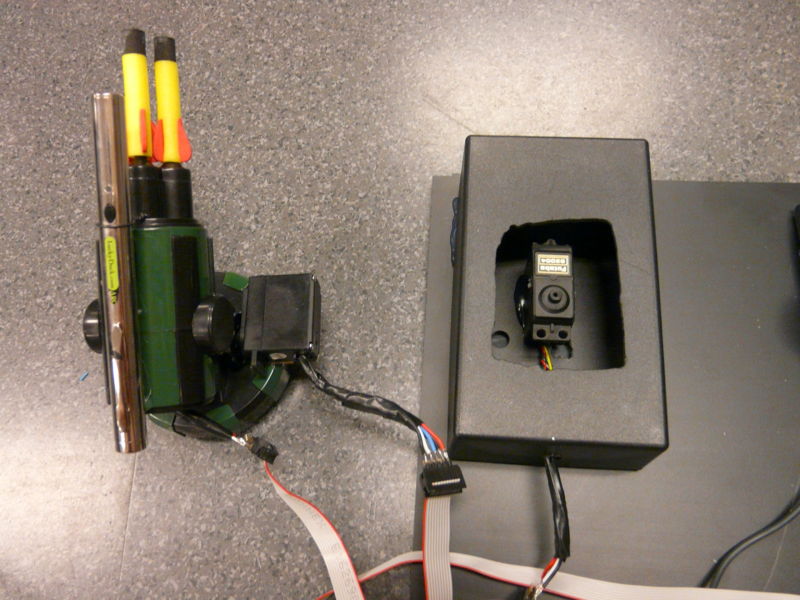 The pan/tilt assembly opened: note the servo inside the black housing and the other mounted to the side of the gun.