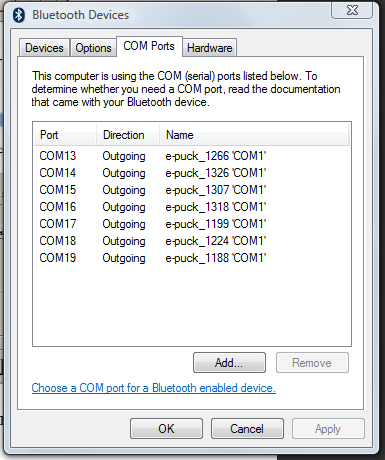 Try moving the swarm to another configuration:

This program connects to a configured XBee radio (make sure the ID is 0) at the serial port, and reads and parses any XBee packets it receives. It will output two MATLAB files, main_log.m and run_me.m. The file main_log.m contains all of the information in the received packets with a timestamp added; run_me.m contains a short example on how to plot the data.