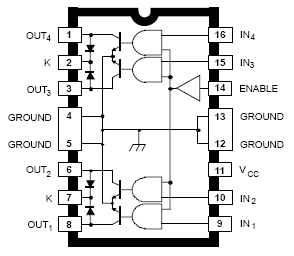 This chip was specifically designed to interface with the L298N stepper motor driver chip, which is also found in the lab. See this document.