The MC3479 is a single-chip stepper motor driver that can handle 350mA per winding. There are several high-level digital inputs that control the speed and direction of the motor. The first figure below shows the pinout and internal circuitry and the second picture shows a typical setup. 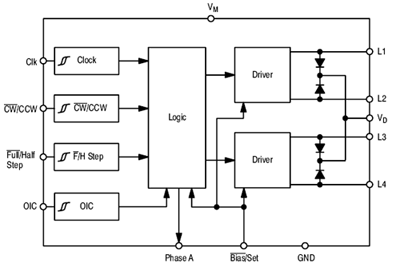 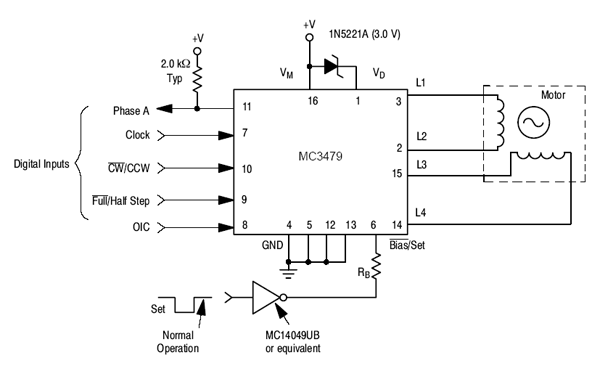