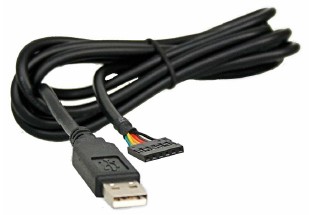 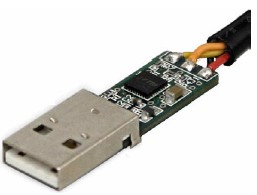 Note that the TTL-232R cable gives you access to the PC's +5 supply (Red wire), which is limited in current (probably to 500mA) by the USB port which is designed to protect from short circuits. If you wish, you can probably power your PIC from the PC, using USB as a power source. If you do that, get rid of any other +5 source. Don't connect two +5 sources at once. In contrast, be sure that you do connect the PC's ground to the PIC's ground (Black wire).