Wire up the various components as shown in the wiring diagram below. An example breadboard layout is provided. Plug one end of the serial cable into the PC's serial port, and the other end into the DE9F connector in the breadboard circuit. 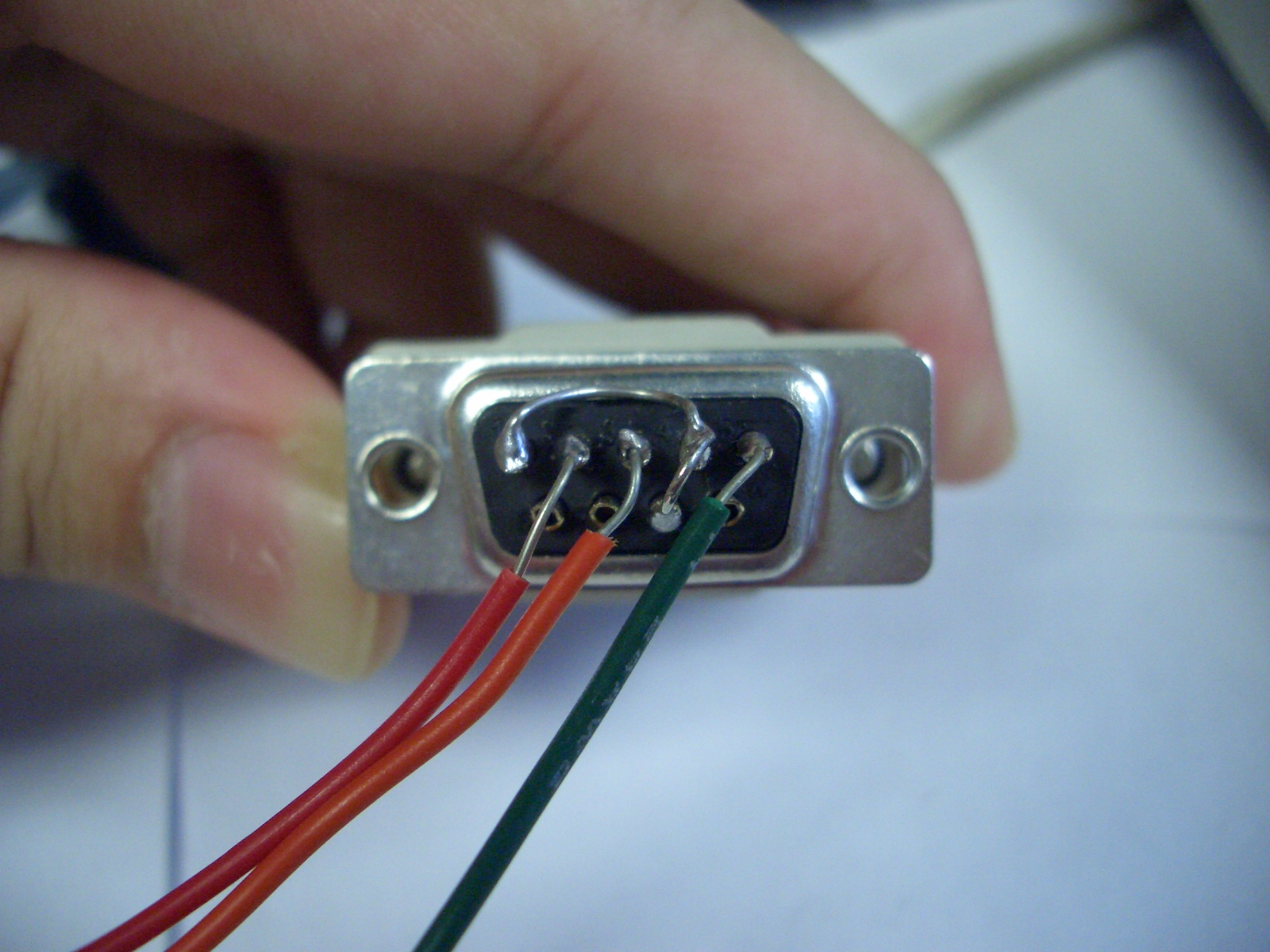