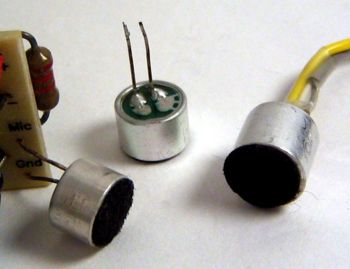 Of the three microphones tested for the clapper device(Electret Microphone, Sony F-V100, and a small dynamic microphone), the electret microphone showed the greatest sensitivity to varying noise levels.