The main elements of the circuit were a PIC, DAC ([Digital-to-Analog converter]) and accelerometer. The PIC would store a discretized sine waveform with integer values from 0-255. It would then output a function of this sine wave (our control signal) to the DAC. The analog signal output from the DAC would be sent to the amplifier, which would then power the speaker. The accelerometer on the mass would feedback the actual acceleration profile of the mass back to Matlab. Matlab would then recompute the next control signal and repeat the cycle until the mass was moving with the desired acceleration profile. A circuit diagram is shown below. 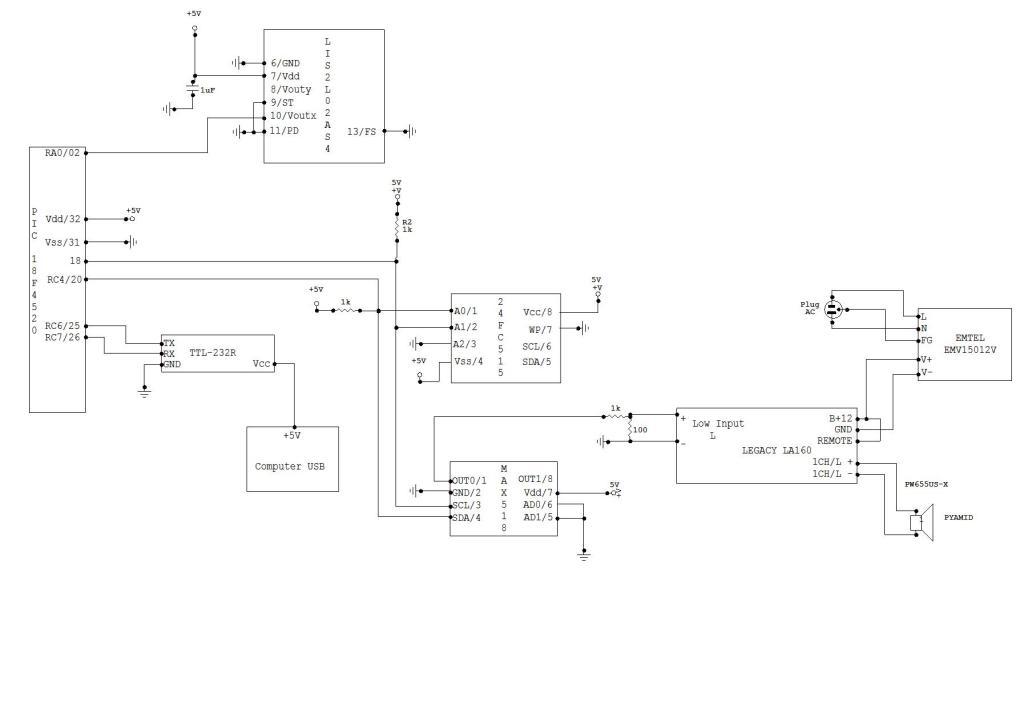