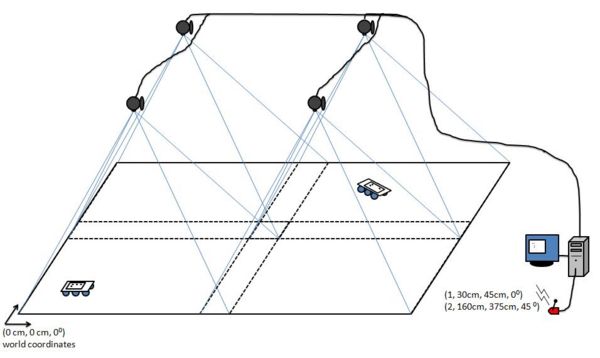 The four cameras used were standard Logitech QuickCam Communicate Deluxes. For future use, the videoInput library used is very compatible and works with most capture devices. As measured, the viewing angle (from center) of the Logitech cameras was around 30 degrees (horizontal plane) and 25 degrees (vertical plane). Before attaching the cameras, several considerations must be made.

1. Choose a desired area to cover. ***IMPORTANT: If you want to be able to cover an continuous region, the images as seen by the cameras must overlap to ensure a target is at least fully visible in one frame of a camera*** Keep in mind that there is a trade-off between area, and resolution. In addition, the size of the patterns will have to be increased above the threshold of noise. 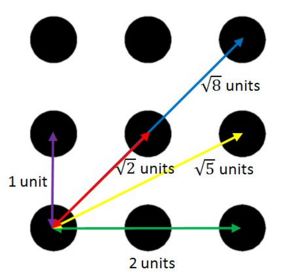