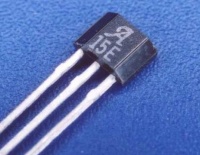 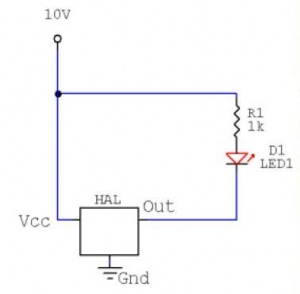 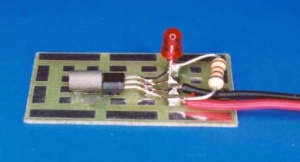 A small magnet is placed next to the hall effect sensor. Normally, the magnetic fields are uniform, but as a metal object approaches, they are changed. The hall sensor picks up on this change and outputs a voltage.

By mounting a bipolar magnet on a shaft and placing a hall sensor near it, you can use the hall sensor to measure the angle of rotation of the shaft. The setup below was used in the "haptic paddle" project. The small magnet is attached to the shaft and the small hall sensor is just below it. 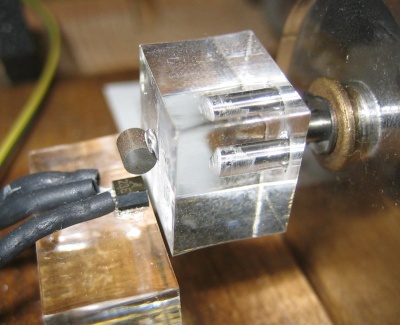