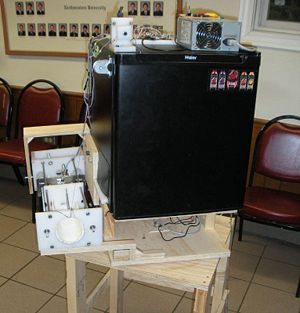 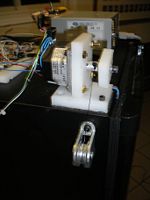 The actual circuit, made on a solderless breadboard.

The main control code can be found below: