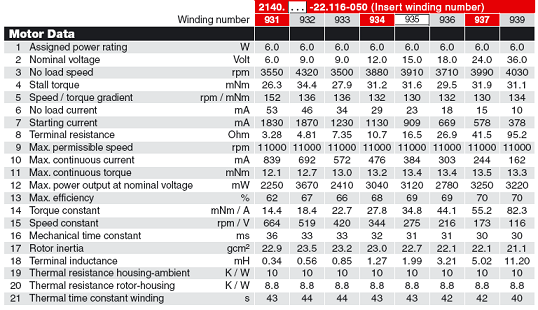 Here are the different units for the torque, current and voltage