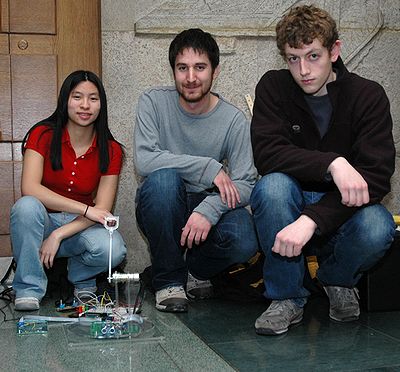 The IR pair and ultrasonic have a relatively simple circuit. The Pittman motor, H-Bridge, and encoder chip circuit is more complex.